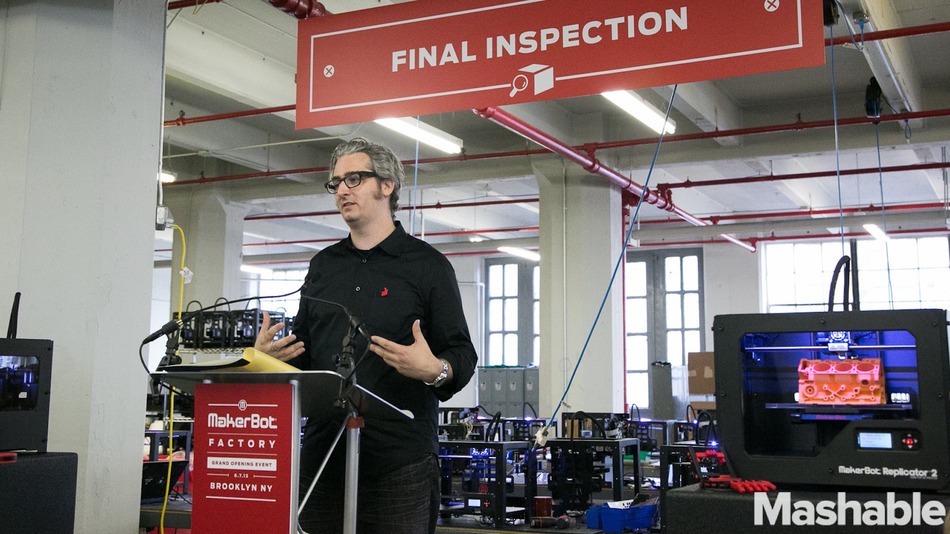 Makerbot has been acquired by Stratasys, a 3D printing business, and will merge with a subsidiary of the company, the two companies announced Wednesday afternoon.

“The last couple of years have been incredibly inspiring and exciting for us,” said Bre Pettis, CEO of Makerbot, in a statement. “We have an aggressive model for growth, and partnering with Stratasys will allow us to supercharge our mission to empower individuals to make things using a MakerBot, and allow us to bring 3D technology to more people.”

Makerbot, a Brooklyn-based company, was founded four years ago and has sold more than 22,000 3D printers to date. Earlier this month, the Wall Street Journal reported that Makerbot was in acquisition talks after it looked to raise a $300 million round of funding.

The merger, which is a stock-for-stock transaction, is valued at just more than $400 million, based on Stratasys’s closing stock price.

Stratasys’s stock was up 1% in after hours trading following the news.